Read all parts in this series: Part One | Part Two | Part Three

That Chef Patrick Roney calls the CVap® a “workhorse” nicely describes the burden it removes from professional cooking. But as he describes below, it’s also a precision cooking oven, created to cook and hold at exacting temperatures and without variation. Learning how to make it walk the fine line of perfection is a matter of gathering information and experimenting with food.

Easy question: What unique aspects of CVap help your style of precision cooking?

It’s just so precise, which is something other ovens I’ve used can’t do. They can get close, but not perfectly and not consistently. Things we’re putting in CVap are cooked so precisely that we don’t even have to stick thermometers in the food to make sure the food is done. It’s that reliable.

The food that goes in hardly loses any moisture or weight, which means really high yield, which is great for food cost.

Being able to control the environment in the CVap and to maximize that moisture barrier that surrounds the food—things like eggs and scallops and steaks and fish, which all hold a lot of moisture—that’s a great asset to me.

It’s pretty fun when you figure out how to put different things inside it and see how it holds them all just perfectly. You can’t do that with a warming cabinet or an ordinary oven because you can’t control the moisture. 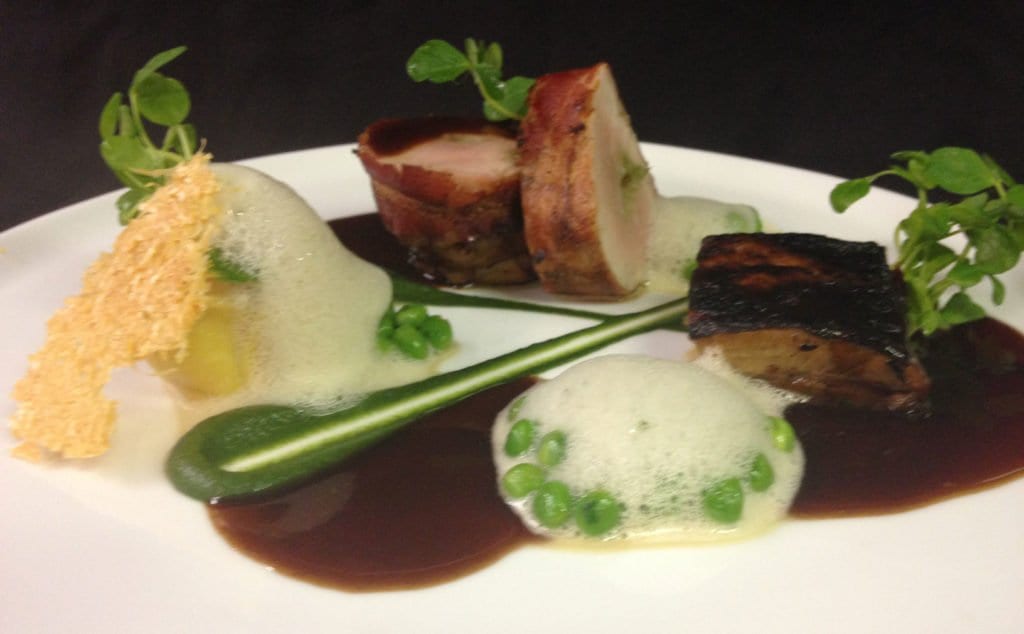 In the past seven years you’ve used CVaps at three different restaurants. Has it changed the way you plan out a menu? Knowing what you can cook and hold with it surely influences that, right?

Most definitely. You have more comfort writing a menu toward the sweet spot of how the CVap works and what you can get from it. If you have a couple of CVaps in one place, you can develop a couple of menus that lean on those sweet spots and how you control the cooking environment in each. You can build your menu around a CVap to a great extent.

Earlier you mentioned holding scallops in CVap. What about finfish? Does that work as well?

It’s absolutely great for finfish. Knowing your desired temperature when that fish is perfect is the key to setting CVap correctly. But you have to know exactly what temp you want to hold each specific fish because one doesn’t work for all. A monkfish will be perfect at a temperature that a flounder isn’t, so it’s essential figure that out. But once you have that knowledge, it’s easy.

Here’s a lighting round question: Give me your five favorite CVap settings and the foods you hold or cook them in.

In its century-long run, The Oakroom at the Seelbach Hotel has been the epitome of fine dining. While its luxurious dining room seats only 100, the technical level of the food produced by Chef Patrick Roney’s team was challenging. When he proposed several complicated dishes for a set menu planned for Kentucky Derby week—when the restaurant would be sold out. His supervisors doubted whether he could pull it off. He assured them, however, that using CVap®, he could.

Like most chefs, learning to cook with CVap is a bit of a journey. Talk about beginning with the basics and moving to more technical use.

One of the first things we mastered was planning out and starting our next day’s work by putting things into CVap overnight. Not only did it free up other ovens, we now had the opportunity to cook things in such a precise way that our food was elevated. We were using it for large format roasts, browning and holding at a desired temperature and being amazed by how moist the results were.

You learned to stage with it also. Talk about that.

That’s something any busy restaurant can do. If you know your peak rush time and know during that you’ll sell 15 lamb, 20 beef, 25 pork, whatever, you can get ahead of that rush. Load your CVap up beforehand. Then, when all the tickets come in at once, you’ll be ahead of that rush. Getting ahead and staying there using CVap is mostly about knowing how to hold things at the correct temperature.

When did you start pushing your own boundaries and understanding of CVap?

For Kentucky Derby week one year, we were doing a kind of deconstructed burgoo. Our take on it used a smoked, braised wild boar ragout topped with a Kentucky-fried rabbit leg and venison chop. (Instead of long cooking all the meats together), the rabbit leg and the venison chop were staged and held the CVap at 130°F with browning set at 4. The wild boar ragout—which technically was really like a thick meat sauce—was bagged, in a water bath and held in the CVap. When pick-up was called, all we had to do was sear the venison chop, add the fried rabbit leg and plate it over the boar ragout. We also were holding country ham hush puppies in the same CVap, all in the same atmosphere. That alone was amazing.

When you proposed that dish to you colleagues at the restaurant, they questioned whether you could really do it, right?

That’s right. When I said I intended to hold Kentucky-fried rabbit legs perfectly crispy for Derby night service, they weren’t sure it was possible. I knew we couldn’t drop rabbit legs to order in the fryer all night and risk the quality being all over the place. So, we had to fry them before service and hold them in the CVap. On a night when we were charging $275 a person, everything we did had to be spot on. But at that point, I’d used CVap enough to know what it did when I programmed it correctly.

How did it go that night?

Everything held perfectly through that four-hour service—perfectly. We were proud of the quality, but it also gave us an opportunity to prove we could really do what others doubted we could. It took guts to take that chance because I was holding $4,000 worth of food in the CVap. But I was confident it would work. 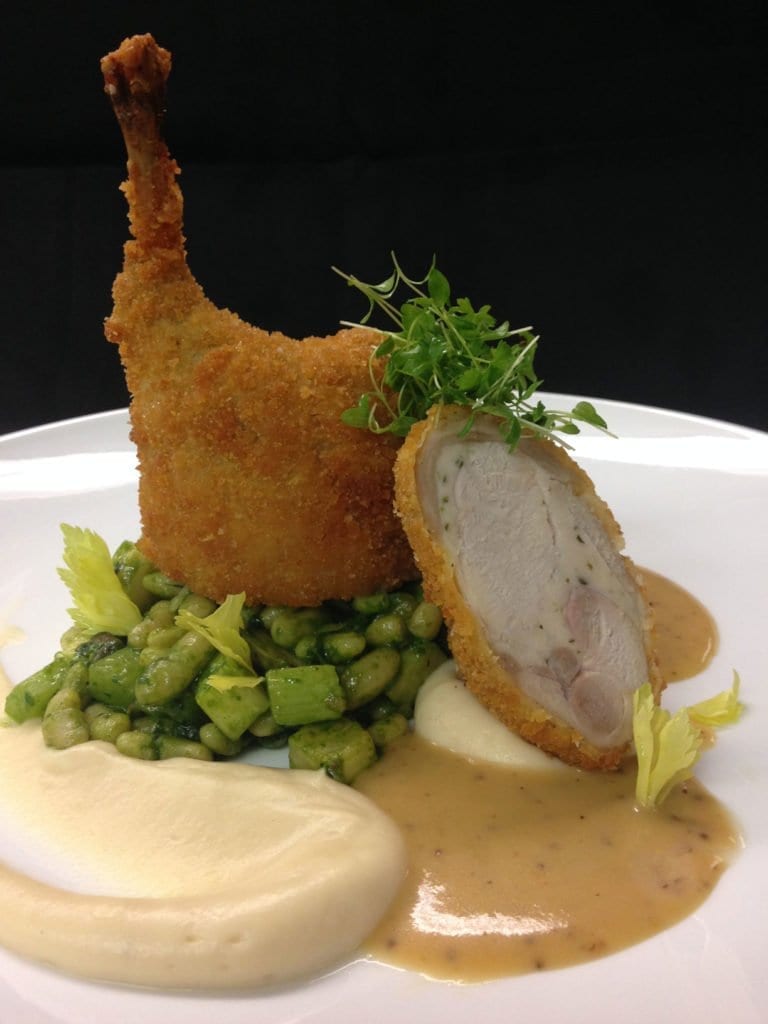 Who doubted your call to use CVap?

I gather that was a confidence boost for you to see CVap perform exactly the way you needed it to.

We were really beginning to see that it was a kind of magic closet. You put food into it, opened the door, and pulled out perfectly held food. It opened so many avenues for different ways of plating and different thought processes on how service was going to go for us in the future.

In our next blog, Patrick discusses learning more about CVap by networking with other CVap users, as well as its ability to address labor problems by running a kitchen with fewer cooks.

Chef Patrick Roney spent roughly two decades in professional kitchens before spotting a CVap® in an historic Louisville, Ky., restaurant. Its purpose? Holding bread pudding hot. It would take a while before he discovered it could do much more.

“They didn’t understand what it could really do then, but I didn’t either right away,” says Roney, executive chef at Ashbourne Farms, a LaGrange, Ky., luxury event venue supplied by its own cattle and produce farm. When someone told him “it can do a lot more, I got curious.”

Curious is a good way to describe Roney himself. Combining a love of cooking and wanderlust to discover food on a global scale, he graduated the Culinary of Institute of America in Hyde Park, Ny., and headed west to cook in Prescott, Ariz., Jackson, Wyo., San Francisco and Palo Alto, Calif. His stay in the last spot would be shorter than expected.

“I thought I’d be at that restaurant for at least a little while,” Roney recalls. “But that was 2001, which meant 9/11, followed by the dot.com implosion. The people who were filling restaurants out there weren’t able to eat at great restaurants any longer, and 70 percent of our business disappeared.”

With the restaurant’s end imminent, Roney packed up his “knife roll and a couple of pairs of khaki shorts and headed to Fort Lauderdale,” Fla. There, private yacht owners unscathed by America’s tech-stock crash sought chefs to feed them and their crews while motoring across the globe. Eager to experience foreign lands, Roney signed on. 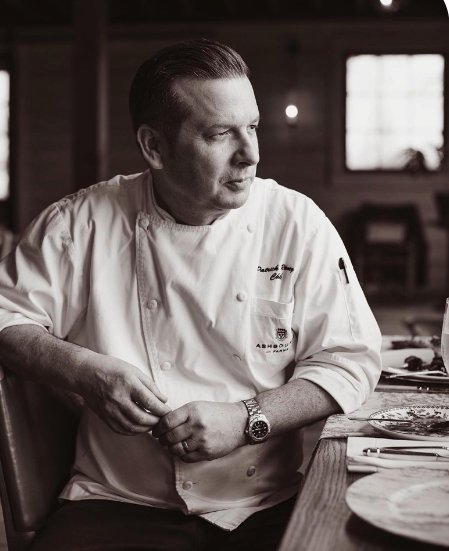 “When I got into the yachting world, I suddenly saw all these opportunities present themselves,” says Roney, recalling his own limited thinking about where a chef’s career could take him. “You could really do whatever you wanted, travel wherever you wanted and then make a great living doing it. … I loved it.”

Since large private yachts can stay out of port for weeks, organization and provisioning was dialed in weeks ahead of time, Roney says. Once told where the yacht would finally dock, he called ahead to have trucks waiting at the docks “because you might be there only five hours before leaving that port.”

Naturally easygoing and friendly, Roney also learned that intimate hospitality—even for chefs used to working away from guests—was essential.

“I realized I had to sell myself to the guests and owners, not just cook,” says Roney. “That’s where I got very comfortable with working the front of the house and interacting with people. I really liked that.”

Roney worked on multiple yachts—the largest was 180 feet long and carried a $50 million price tag. Keeping such ships running cost $2 million annually, he says, just for fuel and crew expenses. Crews might get five days off in a two-and-a-half-month stretch, but shore leave was exciting, especially during a return trip to Ft. Lauderdale.

“That’s where I met Heather—at a dive right on the beach called the Elbow Room,” Roney says. “After we got married, she joined me for last five years of yachting life.”

Heather, it turns out, would play a key role in leading him to CVap.

After 10 years at sea, the Roneys were ready to put down roots. Heather Roney, a Louisville native, lobbied for her hometown and her husband obliged. Hired in catering sales at the legendary Seelbach Hotel, Heather heard its high-end restaurant, The Oak Room, needed a chef de cuisine. Tipped off by his insider wife, he applied and was hired.

As Roney got the lay of the land, he noticed the CVap and asked about its purpose. A quick look told him it was underutilized, so he began experimenting with it: tweaking its dry and moist cooking settings and asking other chefs how they used theirs. Though learning quickly how to use it, the more he tested it, the greater its capabilities became clear.

“One really basic thing we did was put all the ingredients for a soup in the CVap at 180 degrees, and the next morning when we came in, all of it was perfectly cooked to the point that we could puree it and it was good to go,” Roney says. “We just started playing with it to see what it would do. And it became this incredible workhouse that saved us so much time. Using it gave us an opportunity to spread our wings.”

In our next blog with Patrick, he begins to learn CVap’s incredible volume production range. 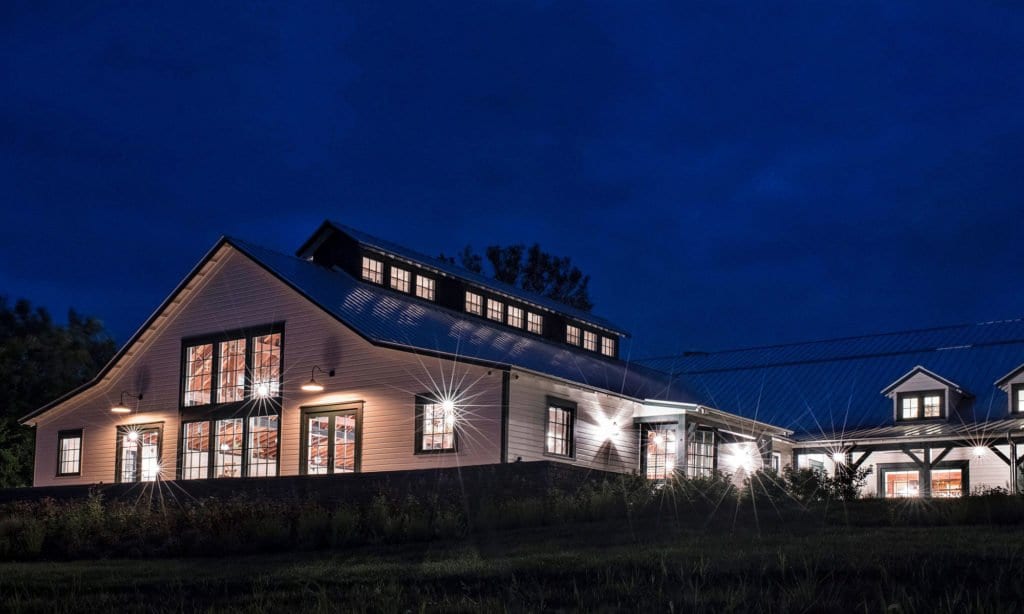