Read all parts in this series: Part One | Part Two | Part Three

The nationwide kitchen labor shortage is an ongoing problem with no end in sight. Equally problematic to profits is wage increases demanded by cooks who are well aware they’re in high demand. To address both challenges, Neal Fraser is turning to kitchen technology that reduces labor needs and increases food consistency. And with each investment he makes, he says the result is ever-improved food quality.

Working alongside the eight CVap units at Redbird are four combi ovens that perform a wide range of functions. The upfront expense required to buy so many ovens is steep, Fraser allows, but he says they pay for themselves reasonably quickly through reductions in labor cost and food waste. 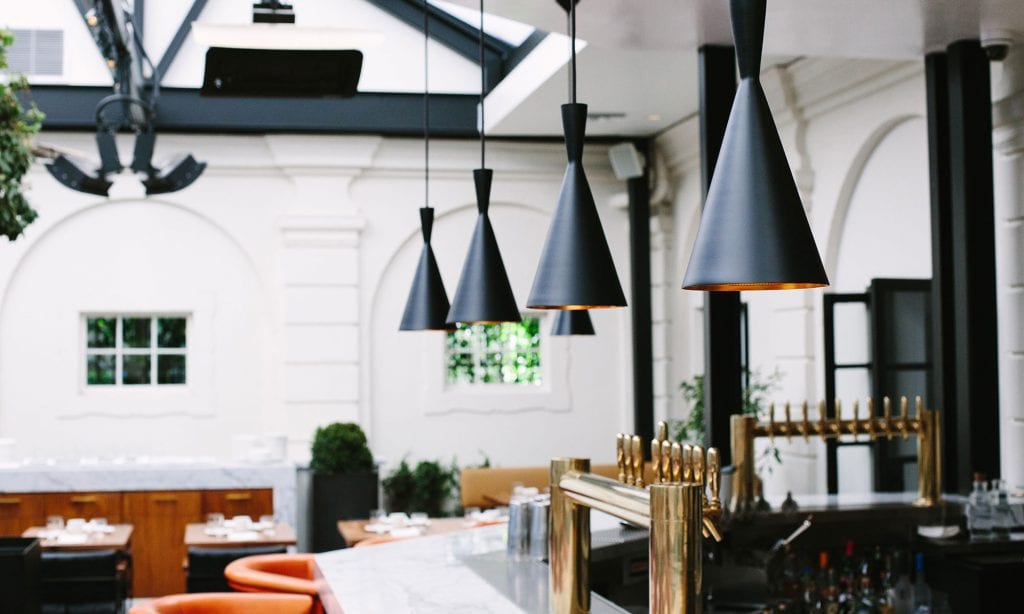 “There’s lots to be said about the relationship between cooking technology and labor.”

He says that one way CVap achieves that aim is with easy programmability that reduces human error. He compares CVap cooking to aiming at an easy-to-hit target.

When asked if better training of chefs and cooks can just as easily increase the size of the bull’s-eye, Fraser says yes, but only to a small degree.

“Imagine a really talented cook or chef being like Wyatt Earp with a gun,” Fraser began. “Wyatt Earp can hit a quarter every time, but not a lot of others can consistently. CVap widens the bull’s-eye so that anyone can hit it.”

About 80 percent of the proteins the Redbird staff cooks in CVap start off in vacuum-sealed bags. The oven’s use of water vapor to heat food creates a moisture-rich environment that simulates sous vide cooking but without immersion in water. Fraser says this is particularly effective for proteins that are seared and deglazed with liquids before bagging.

“We do a lot of short ribs like that: seared, deglazed with red wine and veal stock, braised some, then bagged in 6-ounce portions and cooked at a low temperature,” Fraser says. The added moisture in the bag further braises the protein. Depending on the desired finished product, “we’ll rethermalize them in the bag, or, at other times, we finish them (without bags) in a hotel pan.”

For Redbird’s busy weekend brunch, Fraser combines combi oven and CVap technology to cook what’s commonly called the “62 degree egg.” To achieve the silken texture balance of a semi-firm white and a warm, liquid yolk, eggs are cooked in the shell at 62 degrees Celsius (144 F) for 40 minutes in the combi oven. Once finished, they’re cracked into small cups and held in CVap, ready for service.

“They hold perfectly (in CVap) like that, and they’re ready to pour on top of the finished item” at pick up, Fraser says. “It’s a lot easier to have them in the cups than it is trying to crack an egg and pour it on top of the dish.”

Fraser says seafood cooking is where CVap excels because of its ability to cook at unusually low temperatures. The flesh of tuna will begin firming at temps as low as 105 F, and that the texture of salmon is amazing when cooked for just 10 minutes at 118 F. Placing fish along with olive oil in a vacuum-sealed bag is ideal, he says.

“When you cook at lower temperatures, the texture is like poached fish,” Fraser says.

He also cooks skate in CVap, first by cleaning it and placing layers of it on a small sheet pan. He then vacuum-seals the fish still on the pan and cooks it. He says the result is “like a skate loaf,” since the fish’s thin wings are layered to a modest thickness.

“Once it’s cooked for 15 minutes, I throw the whole thing in ice (to shock it), and then we portion and sauté it to order,” Fraser says. “You can’t do that with any other oven.”